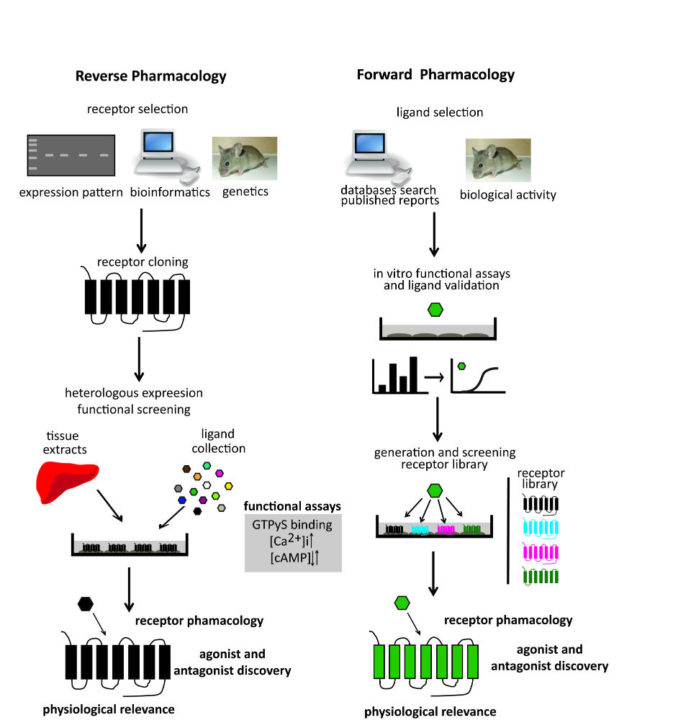 G-protein coupled receptors (GPCRs) form the largest group of transmembrane proteins in mammals, and they are major regulators of multiple cellular processes. Intense research performed in the last decades revealed their implication in pathophysiology and included many of their members as important drug targets. With the advent of genomics a large number of new GPCR genes have been discovered, however many of them still encode receptors for which no ligands and biological roles have yet been discovered. They are termed orphan GPCRs (oGPCRs) and are under intense scientific investigations by the pharma industry and academia to discover ligands and thus to determine their contribution to pathophysiology. Two strategies have been used to identify ligands of GPCRs, known as the reverse and forward pharmacology. Both of them are presented and discussed in this review.
(Received 1 March, 2017; accepted 3 May, 2017)